Fight this “game” with the most powerful weapon: education.

The Choking Game – Our Family’s Effort to Educate

We moved here in the summer of 2004 and I didn’t pay much attention to any Huntsville City School politics before 2010. I do remember hearing about replacing former superintendent Ann Roy Moore, the issues about race or not racism. I was a bit pleased at the time about Casey Wardynski getting the job. I knew he was a West Point grad (as is my husband) and a bean counter. I was hopeful he would quickly turn around the financial mess that Huntsville City School was in. My opinion of Wardynski changed in one heartless, cruel moment during a private meeting with Wardynski, my husband and myself.

Leading up to this meeting with Wardynski were some terrible events and double-talk, blame gaming, and unspeakable handling of a tragic situation.

We were sure we could get some support and answers from Wardynski. After being denied a meeting with Wardynski at first, then given a 20 minute window to meet with him, he personally cancelled the meeting when he found out who the meeting was with (my husband and I), making his assistant email us to tell us that Wardynski said he was not the person we wanted to talk to.

How dare he tell us who WE wanted to talk to. Of course that appointment time was now already taken. We insisted on another appointment, which we were given a week later, with a caveat that he was a busy man and not to take more than 20 minutes. Like I said, my opinion of Wardynski changed in one moment during this private meeting.

You see, my 16 year old son, Alex died from the choking game (on January 30, 2013). He was a junior at Huntsville High School at the time. I went to wake him up for school, thinking he had shut off his alarm and overslept. After finding a way to get into his locked room, I saw my beautiful Alex sitting in front of his closet door. There was a belt looped around his neck and the other end tied to his closet door handle. His head was just resting on his chest, but I could tell from the lividity in his legs that he was dead, and had been dead for several hours.

We were in the depth of our grief, the darkest moments no parent would even be able to fathom, we were sure we would find answers in this meeting and perhaps some compassion. We wanted to request that Huntsville City Schools include some information, warning signs and awareness about the choking game in either a presentation or include it in health classes that were currently offered. We wanted to prevent this tragedy from happening to another family.

After explaining our circumstance and our request, we heard these four words: THAT WILL NEVER HAPPEN. He was as cold and unfeeling as a dead fish. We pleaded, we begged, I cried so much I could hardly see him through my tears. We told him that both the Huntsville High School principal and Edith Pickens had told us this was something we would work on together in the near future.

Again: IT WILL NEVER HAPPEN. They were wrong to mislead us, and they had no authority to say those things. I have never seen such an insensitive human being in my life. He claimed he had to think about the tens of thousands of kids and parents in Huntsville City Schools and our situation did not outweigh his responsibilities to them.

How could educating them about something that many of them were doing, had done or might try be anything but responsible? My husband even played the West Point card, he didn’t even flinch, and I suspect he was offended by the notion that there might be a connection through the long grey line.

Wardynski could not get us out of his office fast enough. Next to losing my son, that was the most devastating and humiliating thing I have ever had to endure. I think he was pleased, he was a busy man and we only took 10 minutes of his time.

A month or so later, I sent a very long email to every single board member. I explained about my son and what I hoped Huntsville City Schools would do to help promote education and awareness about the choking game.

Only Topper Birney responded. As a matter of fact, he called me moments after reading my email at 7:45 in the morning. He said that although it wasn’t truly a “Board” issue, he would talk to Wardynski.

I explained that we had already been shot down and dismissed by Wardynski. He was more than shocked. He was also very troubled that I did not hear from any of the other board members. We communicated a few more times by email and phone and he assured me if I would give it some time he would see what he could do. Sadly, he never got back to me, so I suspect it wasn’t even discussed with Wardynski or the board before he left the board.

To this day, as far as I know, I am the only person who will talk to the kids about the dangers of the choking game. I am but one voice, talking to any and all who will listen.

Thank you all for listening. 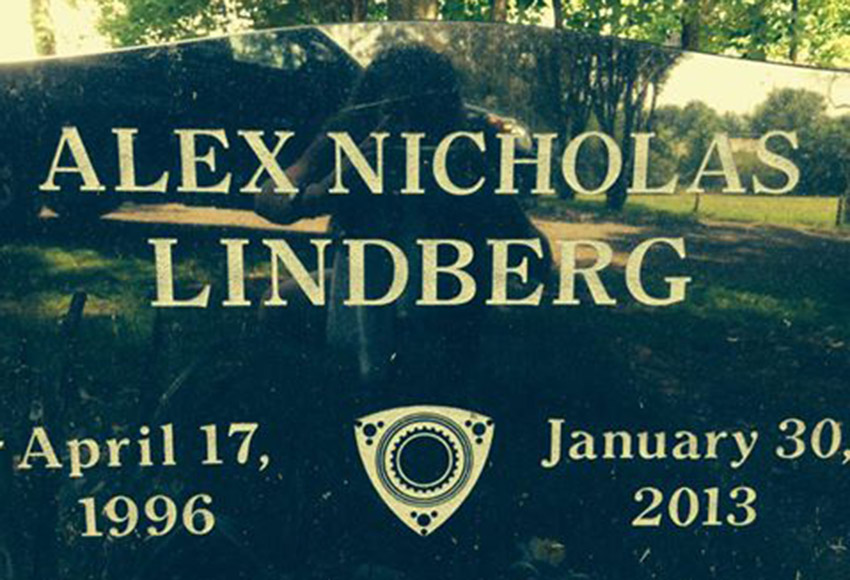 The positive and beautiful part, amidst the tragedy

The day after Alex died, one of his friends said to another friend, “let’s wear plaid for Alex on Friday.” That friend told another friend, and so on, and before they knew it, word had spread all over Huntsville High School to wear plaid. The students and teachers were honoring my Alex in such an amazing way.

They also honored him by being compassionate with each other, supporting one another and coming together. On that Friday, over 500 students wore plaid for Alex and they all gathered in the gym for pictures. This was such an amazing tribute, and it touched my heart more than those kids will ever know. There was a lot of plaid at Alex’s funeral too, and I hugged and thanked the hundreds of kids that came to his funeral, whether I knew them or not. If you or your kids were a part of this, I thank you from the warmest part of my heart.

Perhaps, in the future, when you wear plaid or see plaid, think of Alex. If only our superintendent and board could learn something from these kids and show some compassion now and then ….. who knows what might be possible.

For more information and educational materials on The Choking Game, visit G.A.S.P or Erik’s Cause

Why Huntsville United is taking up Slack
Scroll to top